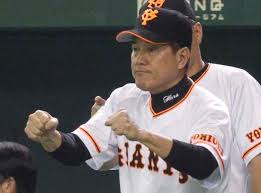 The Yomiuri idea is interesting because it’s novel. The Giants, Japan’s oldest existing pro baseball team, although not its first as Yomiuri likes to pronounce, have a history of pretty much doing whatever they want.

When Yomiuri thinks change is in its selfish best interest at the expense of its business partners, then it’s time to be progressive. Whenever a change threatens the team’s monopoly on power or influence, then Yomiuri falls back on how baseball is all about tradition.

Twenty-seven years ago, Yomiuri forced the other teams to adopt free agency because the Giants wanted to skim off other clubs’ veterans, never mind that it would cause other clubs’ salaries to jump. Free agency destroyed the Hiroshima Carp’s dynasty, but that was a price Yomiuri was willing to pay for the sake of giving players their just desserts.

The proposal stated three reasons: 1) the extra stress imposed by the coronavirus, 2) CL pitchers got hurt more this year, and 3) fans don’t want to see pitchers giving away their at-bats by swinging fruitlessly or keeping their bats on their shoulders. This last one, the proposal said was unacceptable from the standpoint of a professional organization.

No. 3 is probably the most likely, and for the reason Hara suggested–that the Giants, having not won a Japan Series for eight straight seasons, a franchise record, need to get away from tradition in order to rectify that situation. The DH, I would argue, is a small part of the puzzle, but far from the only one.

The gap – why is the Pacific League stronger?