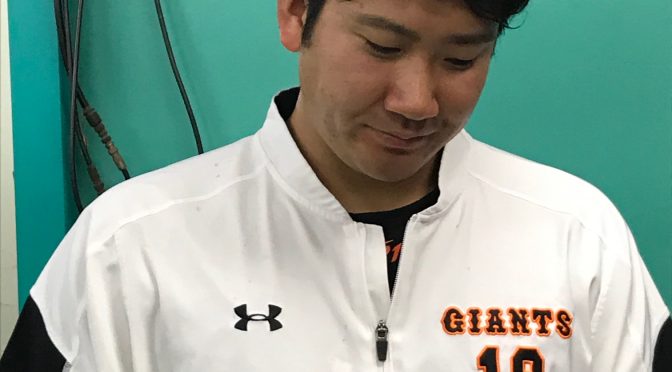 Tomoyuki Sugano is returning to the Yomiuri Giants instead of signing a deal with a major league team through the posting system.

Before Sugano announced his decision to seek a major league contract, the 31-year-old Yomiuri Giants ace expressed concern about the risk of playing the 2021 season where the coronavirus pandemic was far worse and where pro baseball was far less secure than back home. Indeed, in a comment released by the team, Sugano cited the effects of the pandemic on his decision-making process.

“I concluded I would play for the Giants this season, too, after assessing the trends in the majors due to the novel coronavirus,”

Tomoyuki Sugano, in a statement translated by Kyodo News

But the coronavirus is no longer the only shadow clouding Japanese players’ dreams of going to the majors.

The economics of MLB used to mean a huge pay raise for top stars coming from Japan’s two leagues, where salaries never exceed $10 million a year–We don’t really know what Japan’s highest salaries are or were, since teams and players tell reporters whatever figures they like.

MLB used to be about maximizing revenues from marketing entertaining baseball games with a healthy dose of civic extortion to leverage good sweet ballpark deals. But return on investment is now the goal rather than building a marketable baseball product.

At first, four teams were reported to be in on Sugano, but the New York Mets opted out of the fray, and this week it appeared the Boston Red Sox could not meet Sugano’s price.

It is not the first time a front-line Japanese starting pitcher’s salary expectations have not been met by the marketplace. In the winter of 2010-2011, Hisashi Iwakuma, able then to negotiate with only the winner of his posting bid, failed to find a middle ground between a figure he would accept and the A’s valuation of him.

The A’s were trying to exploiting market inefficiencies, and didn’t have to compete with other teams, but the new efficiency has less to do with getting baseball value at the best price than cutting out everything that might be a temporary drag on the budget.

But now the push to drive down salaries is at full throttle, fueled by anti-competitive situation where the U.S.’s pro baseball monopoly is using its leverage to suppress its labor market.

MLB’s pampered billionaire owners are pleading poverty as they fire already-poverty stricken minor leaguers as well as scouts, coaches and operations staff who represent the bones, tendons, ligaments and nervous system of the pro baseball bodies.

This is not an isolated event, but rather a symptom of the current Make America Gilded Again movement.

So was electing a crass transaction-driven self-described mogul president meant abandoning America’s pandemic prevention regime, including research presences in likely hot spots, such as Wuhan, China because they represented only budgetary costs but added nothing to the profit line.

America is now becoming a modern parody of the late 19th century, where oligarchs ratchet up exploitation of poor labor, while suppressing civil rights.

Wednesday’s storming of the U.S. Capital building by domestic terrorists, who chant “Blue Lives (marginalizing minorities) Matter” overran law enforcement officers, who responded to the whitebread assault with the kind of restraint unseen when BLM activists were caught in the open a minute after curfew and beaten.

It was an echo of reconstruction era America, where domestic terrorism was accepted and its enablers welcomed in the capital with rarely as much as a wringing of hands.

This is America now, where a large swath of the population has embraced the belief that they are being discriminated against because their white privilege is being called into question by the majority of their countrymen.

This is the America where a TV personality can be elected president through voter suppression and is allowed to encourage racist behavior against others. It is the America where his true believers use his calling the coronavirus the “Chinese flu” as an excuse to harass Asians in public.

It is the America from where Masahiro Tanaka abandoned training in Florida after spring training was canceled. He has a family and was rightly concerned about their well being in a country where a spiteful angry minority has been empowered by a demagog.

Even if the president is removed from office, he is a symptom of an environment where clever people in media make a living peddling lies and conspiracy theories to the insecure and the gullible, and where a two-party system locks out independents and is beholden to oligarchs.

Wednesday’s insurrection has woken a few to the current dangers, but if I were Sugano and Tanaka, who is currently a free agent, I’d consider myself lucky to have a route back to Japan.