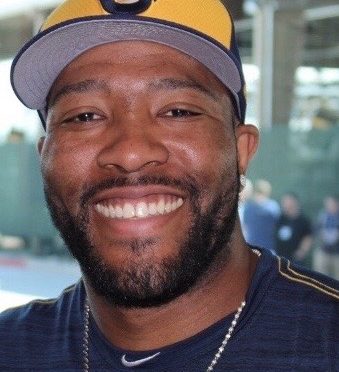 Lotte Marines reliever Jay Jackson has been arrested on suspicion of possessing marijuana according to a report on Friday by Japan’s national broadcaster NHK.

The story is being pushed in the Japanese media as just another miscreant non-Japanese breaking the laws in a country that prides itself on its homogeneity. Most Japanese don’t openly push racist views, but people being people, they do get out.

Taro Aso, a heavy-hitting politician with the ruling Liberal Democratic Party who occasionally expresses his admiration for the methods of Nazi Germany, recently ascribed Japan’s success in battling COVID-19 to Japan’s “cultural superiority.”

According to the NHK report, police from Hiroshima Prefecture in western Japan acting upon anonymous information searched Jackson’s home on the other side of the country in Chiba on Wednesday, where they found a liquid form of cannabis.

The whole thing likely has more to Japan’s laws that allow Japanese parents to kidnap children from partners who are foreign nationals and deny them visits.

The 32-year-old right-hander previously played for the Central League’s Hiroshima Carp from 2016 to 2018. In December 2018, his then Japanese partner gave birth to a boy. Jackson hoped to remain in Japan after the Carp declined to offer him a contract extension.

With no offers from Japanese cluubs, Jackson signed a minor league deal with a camp invite from the Milwaukee Brewers. In February 2019, he related his belief that the Carp had blackballed him by suggesting he was a problem player.

Although that story has never been confirmed, that sort of thing has happened in Japanese ball. Players who leave team in disputes, sometimes find it almost impossible to get tryouts with any clubs other than the Chunichi Dragons.

In December, Jackson, returned this season after signing with the Marines. Contrary to his expectations, he said that being in Japan only complicated his efforts to see his son.

According to a source, Jackson failed to win legal approval to see his son at a hearing and his counsel was preparing an appeal when the Hiroshima police paid him a visit on Tuesday evening.

According to the NHK story, Jackson was arrested in the predawn hours of Friday in a parking lot in Hiroshima’s Minami Ward. Operating on an anonymous tip, the Hiroshima police on Tuesday searched his apartment in Chiba, just east of Tokyo on Tuesday, when they found bottles containing liquid cannabis.

Considering the situation, one of the following seems likely to have happened:

My guess is that money was paid in order for someone to set Jackson up so the police would arrest him.

Back in culturally superior Japan

The Marines expressed their apologies for violating the fans’ trust. This is common for entities whose employees have been publicly found to have broken the law or been guilty of criminal neglect. It is however, something rarely hears about when executives are caught cooking the books or paying off organized crime figures.

As part of their public apology, the club ordered drug tests for all the players, while requiring imported players to sit through a lecture on proper behavior while in Japan. Ostensibly, this will include the topic of how their understanding of right and wrong is irrelevant in the eyes of Japanese law.

It would also fit the established pattern if some team executive takes a pay cut for failing to properly supervise Mr. Jackson in a way that would have prevented this.

Similar scenarios have played out in rugby, when imported players were found guilty of breaking the law. Head coaches have been punished for failing to oversee players on their reserve squad on the other side of the country.

When a rugby player from New Zealand was busted for cocaine earlier this year, his team, the Hino Red Dolphins, shutdown and the Japan Rugby Top League ordered a league-wide reeducation program to address its structural failings.